7 Party Drugs And How They Can Mess With Your Brain

Sure parties are fun. Who does not want to let loose and have some occasional fun? Especially when the high-school is just over or you’ve sealed a deal with the big fish in Orlando. We all deserve some relaxation and mental slackening.

When DJ plays the music, you see your feet tapping robotic-ally and your body gyrating. You are unknowingly gravitated towards the dance floor where your peers are partying hard.

Lock-the-clock-because-I’m-gonna-rock! You overhear your friend, and the next thing you see yourself doing is popping the party pill and dancing like there is no tomorrow.

Sounds like oodles of fun! But wait a minute!

There are things that can go wrong when you are partying such as binge drinking, unprotected sex, and drug overdose etc. While no one is stopping you from partying and maxing out at the pleasure, partying safely is all we recommend.

As much “high” as the party pills may give you, there is a dark side to these drugs. Both the “come-down” and long-term effects of club drugs and hallucinogenics can be nasty. They can mess with your brain in a way you would not imagine. Next time you decide to pop the pill; you may want to recall these effects.

Let us now look at the seven most popular club drugs and how they can tamper with your brain. 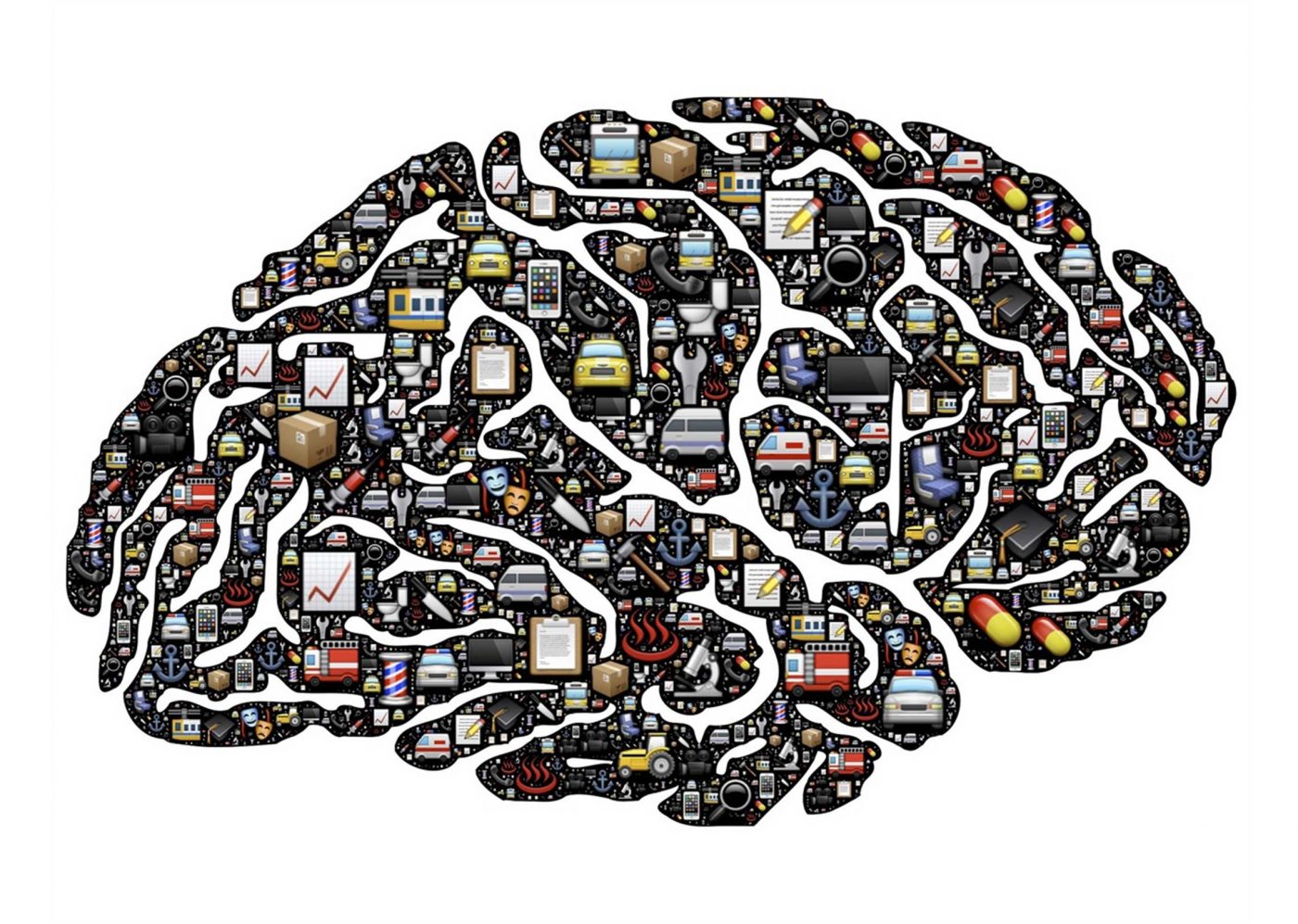 Ecstasy Or MDMA Or Molly:

The most popular party drug, right? Without which rave parties and nightclub dancing seem rather monotonous. It gives you the high like no other drug does. Suddenly you feel euphoric; that girl appears far prettier than she normally does; and you feel as though you are at the top of the world. But hold your horses there, here is what the research has to say about the brain damaging effects of ecstasy.

“Anecdotal evidence from users has reported extreme and lasting cases of depression, loss of cognitive function and other mental impairments that subjects attribute to their Ecstasy use.” 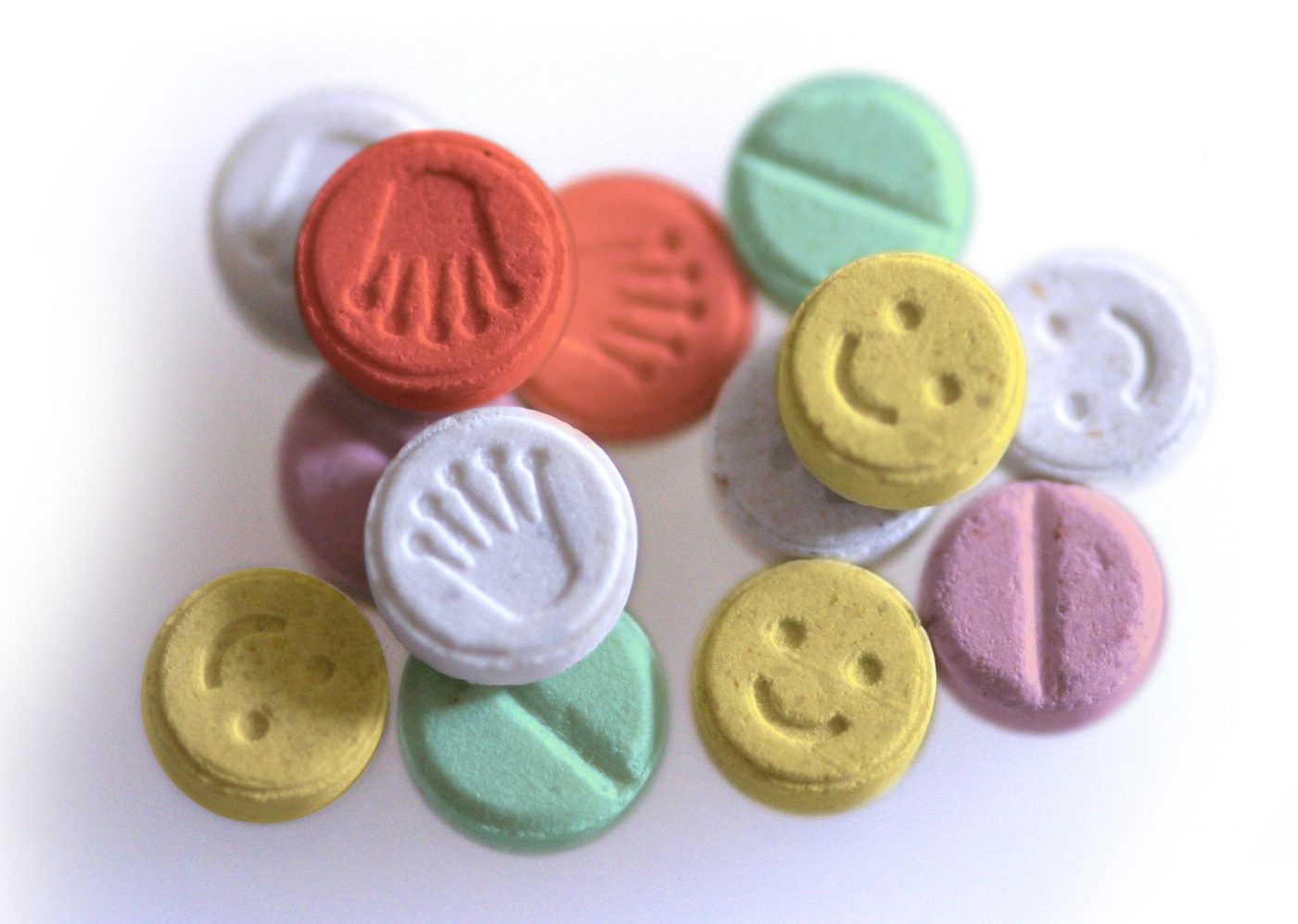 The “high” of ecstasy, typically lasting for 4-6 hours, occurs when the drug binds to the receptors of three major neurotransmitters in the body; serotonin, dopamine, and noradrenaline. MDMA’s major effect is on serotonin; the excess release of which produces intense euphoria. However, a release of large amount of the neurotransmitter results in its depletion in the brain which underscores why depression and other cognitive impairment ensue after the drug effects are worn off.

Other side-effects of ecstasy include:

Gamma-Hydroxybutyrate is a Central Nervous System (CNS) depressant. Administered as a liquid, pill or powder, it is also sometimes called “liquid ecstasy or Liquid X”. Its effects last up to four hours. It causes euphoria but being a CNS depressant, its main effect is slowing of the heart and breathing; sometimes to a dangerous level.

When mixed with alcohol, it can lead to dire consequences; one of which is rape. Going by the name of “date rape drug”, GHB has been associated with drug-facilitated sexual assaults (DFSA). Its adverse effects are far scarier than those experienced with other party drugs, and include: 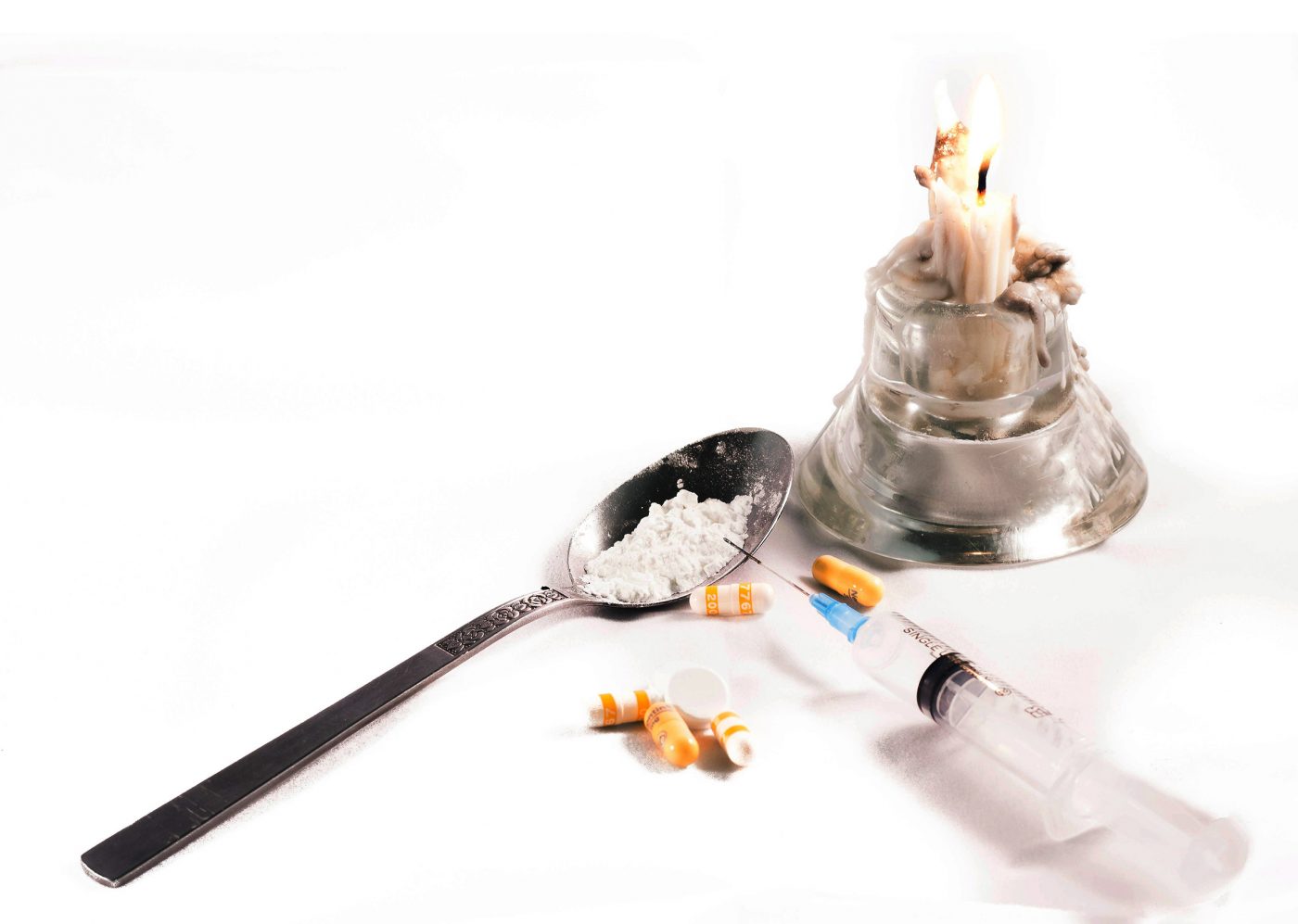 Though it is used as an emergency anesthetic but because of its “dissociative” tendencies, it has an abusive potential. A dissociative drug makes the person lose touch with the reality. A loss of touch means the person feels totally separate from his body. Such a sensation, called the “k-hole” effect or ketamine high”, is literally a roller-coaster ride, and is particularly sought by the drug addicts. However, ketamine drug is not devoid of side-effects, some of which are:

The high of Ketamine lasts for about one hour. Ketamine street names include; Special K, K, Cat Valium, Super C, and Green. 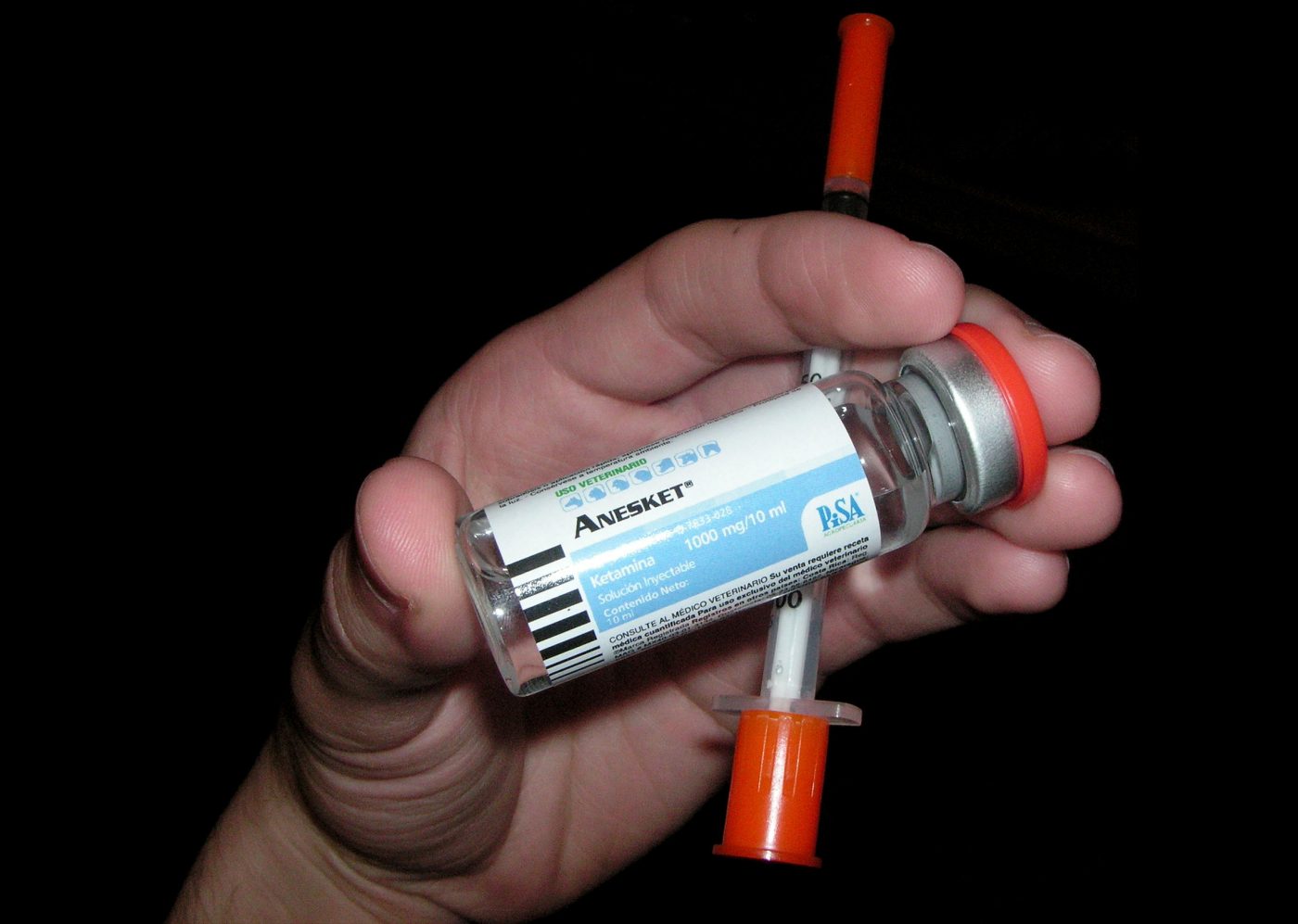 It is a benzodiazepine sedative but 10 times more powerful than Valium. It is illegal in the US owing to its “date rape” status, but is available OTC or by prescription in Mexico and other countries of the world. What makes Rohypnol really popular among the party peeps is the belief that it cannot be detected by a drug test. Placed under the tongue, the drug absorbs quickly, and does not show in the spontaneous blood test. However, it can be detected after 72 hours. Its effects last for up to six hours.

Among its side effects are:

The most popular drugs in 60s and 70s have now been replaced by Molly. The LSDs (lysergic acid diethylamide), though, have made a recent comeback. Owing to the quickness with which they distort reality into vividly bright colors and aura, an LSD drug is quite popular in raves, parties and college campuses. The hallucinations bequeathed by the drug are so strong, they can make the person dare what he normally would not under the controlled state of mind. In an attempt to show off, the daredevil – under the influence of the drug – can even jump off the 3rd floor of the building. LSD effects, called “trip” are neither predictable, nor always controllable. Can be a “bad trip”. LSD street names are “Loony Tunes, Acid, Boomers, California Sunshine”. 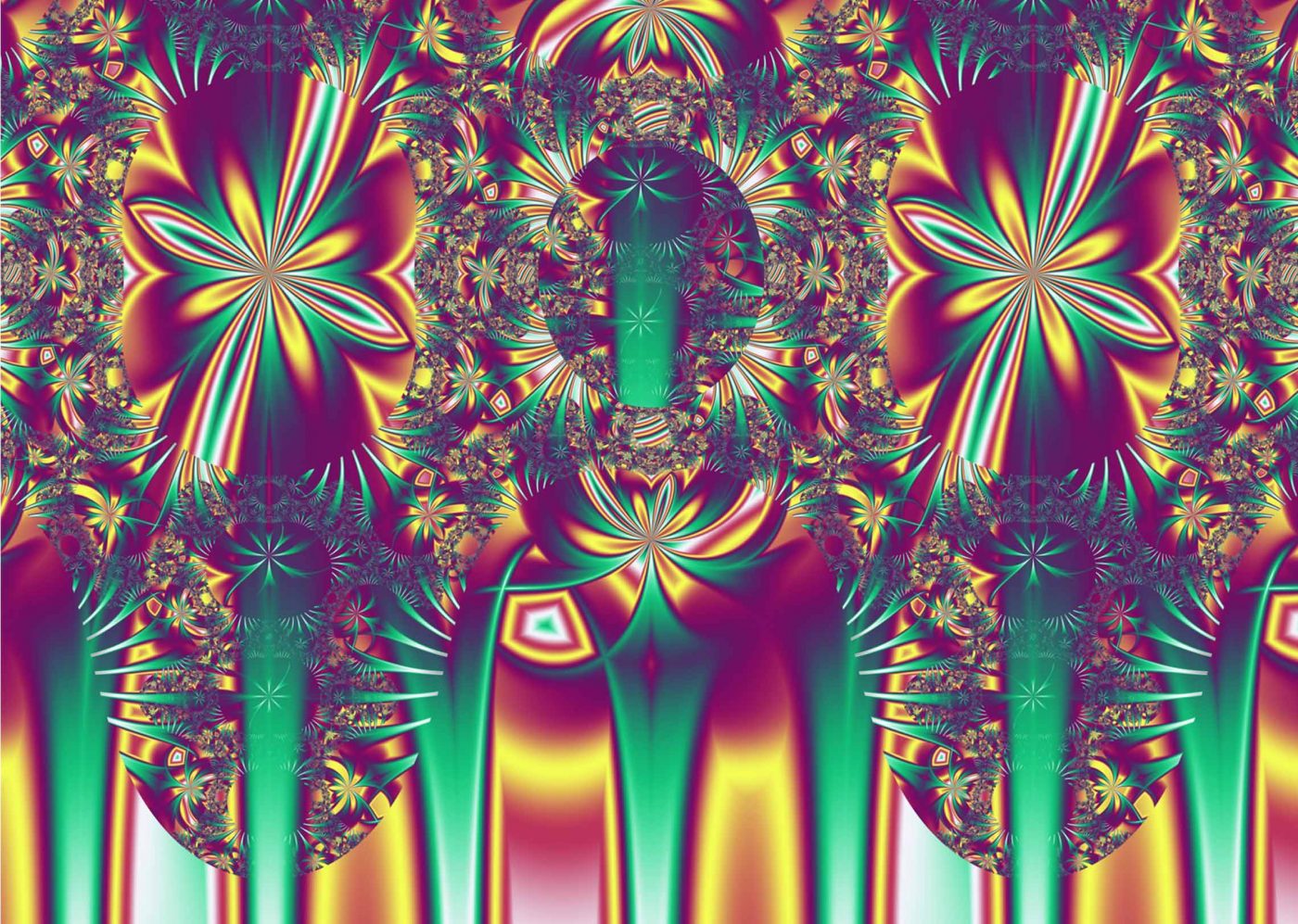 LSD Side Effects Are:

The drug from “Breaking Bad” is one of the most powerful stimulants of the brain. The euphoria of methamphetamine, called “rush”, is so strong, the user literally feels as though he is Super Man. The high of the drug can last for as long as 10 hours; barring the user from sleeping until the drug effect wears off. In some instances, the user keeps re-dosing himself and stays awake for days. Once the drug is out of system, you will crash into an around-the-clock sleep. Meth users look weak, gaunt and sickly. Other adverse effects of the drug are: 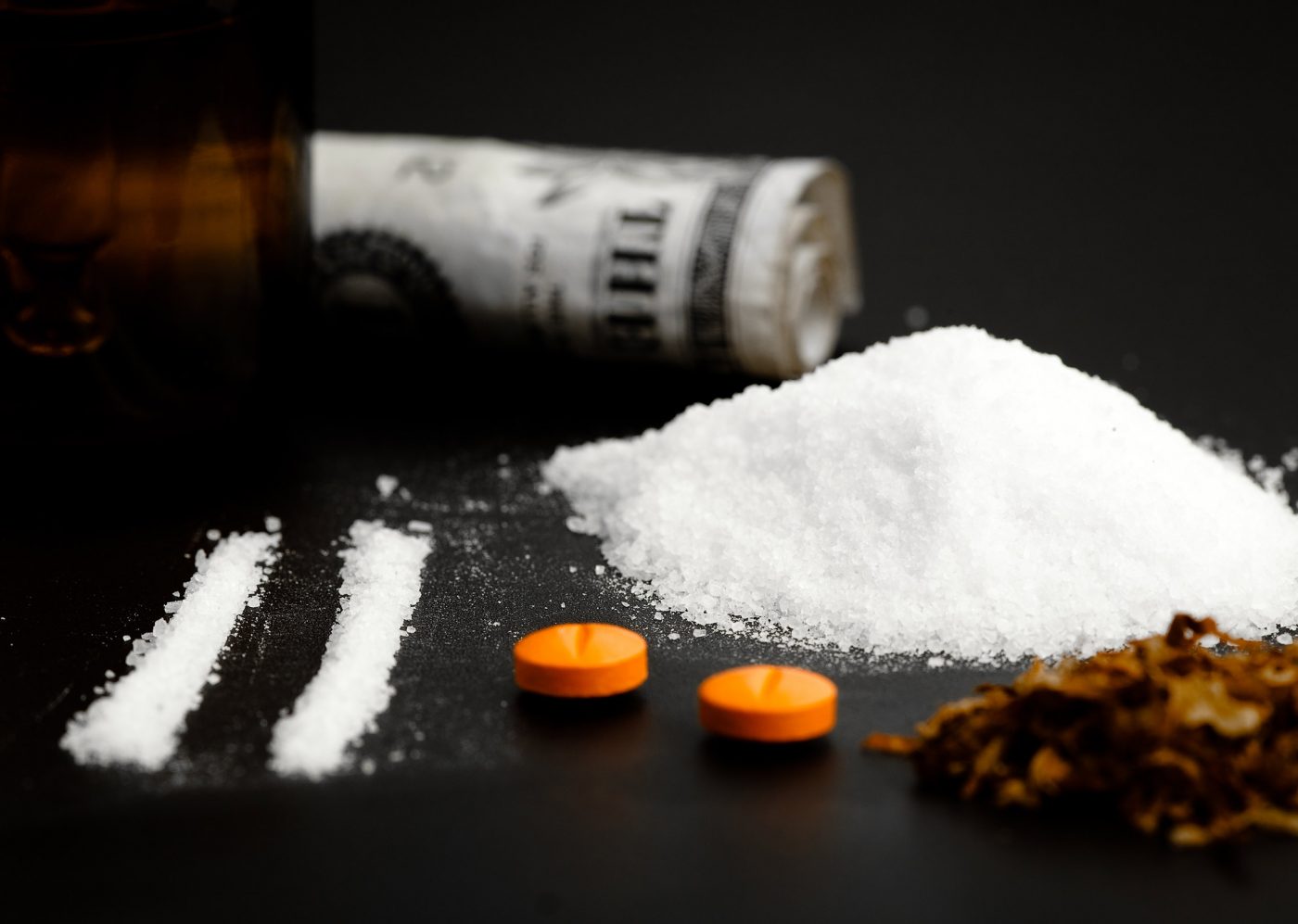 1-benzylpiperazine (BZP) and 1-(3-trifluoromethyl-phenyl) piperazine (TFMPP) – give you a high but are associated with various side effects which lessen its popularity. These effects include, stomach discomfort, high blood pressure and heart rate, headache, tremors, seizures and panic attacks.

PMA/PMMA – is a derivative of methamphetamine and is mostly available in the UK. Like speed, they can stimulate brain strongly but can give you hallucinations, seizures and respiratory distress. The drug can even cause death; dozens of deaths worldwide have been attributed to the drug.

3,4 methylenedioxypyrovalerone or MDPV – is similar to Mephedrone but much more potent. 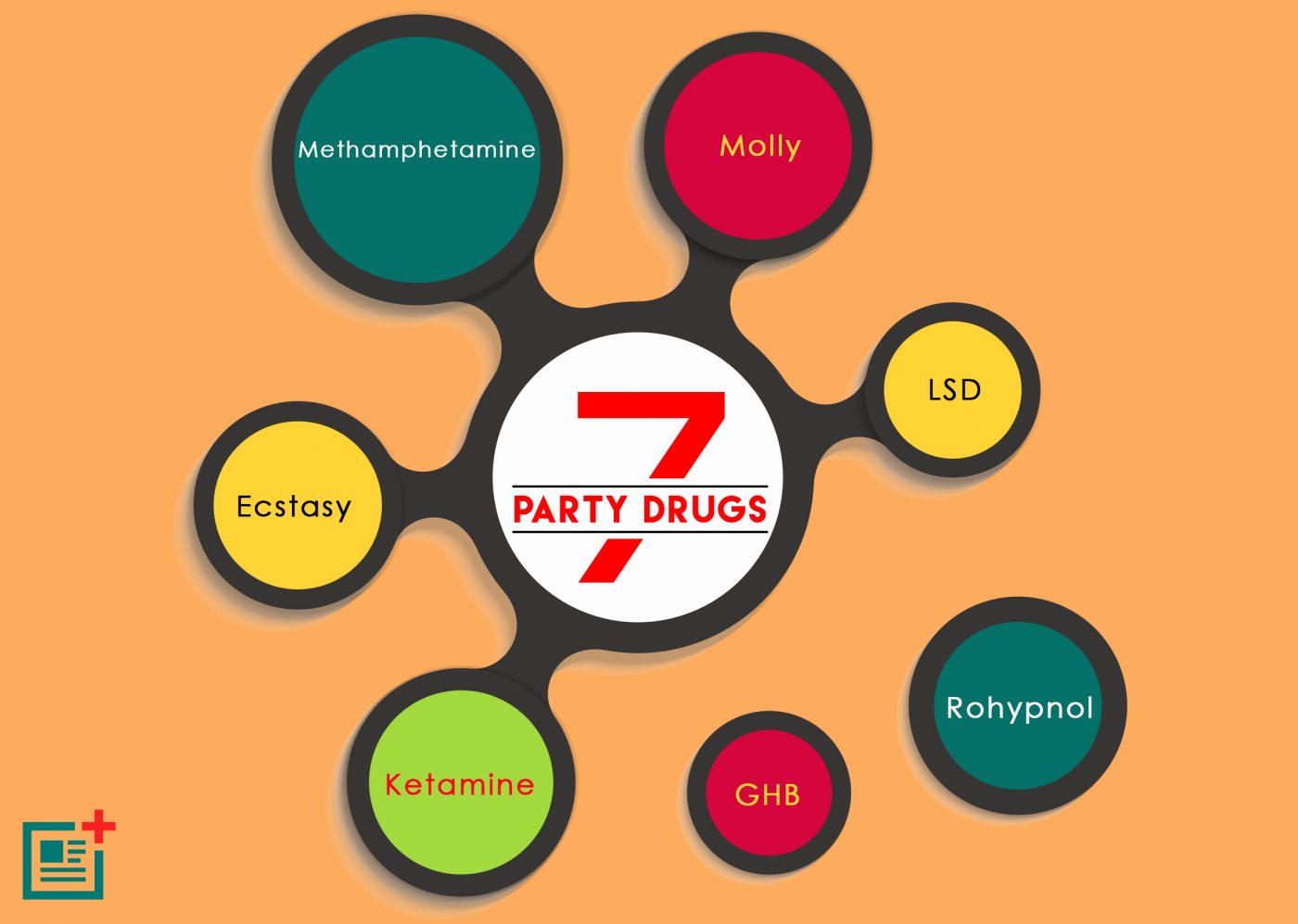 Tips To Combat The Comedown Effects Of Party Drugs

For starters, partying safely is what you need. What health experts recommend is that you do not do drugs in the first place. However, and as expected, if you’ve spiked on the party drugs, here are a few tips to manage the come down:

Should Recreational Drugs Be Legalized?

The detractors, on the other hand, believe there is no rationale of legalizing recreational drugs. These drugs are bad for physical and mental health; they believe, their legalization would send out the message that consuming these drugs is acceptable, and perhaps not unhealthy.

Every drug has a side-effect. A medicine, when given in overdose, become a poison. The rationale of recreational drugs legalization is absurd, since these drugs are associated with a number of adverse effects; some of which are grave and trump the notion of personal freedom. Being a responsible member of the society, it is our responsibility to shun these practices.

The following facts about recreational drugs might be ample to oppose their legalization.

A pharmacy graduate, Saira Zulfiqar works as a medical writer and researcher. She is taken to books, chai, and loneliness. She is also a wilderness and wildlife enthusiast who wants to get lost in the middle of nowhere. She runs her own blog and writes for other publications off and on.

Metformin Uses, Dosage And Side Effects

Cocaine And Unsafe Sex: A Match Made In Hell

The A-Z Of Cocaine

Hip Fracture Is More Dangerous In Men Than Women

Xennials Are Healthier Than Millennials

Patients Suffering From Crohn’s Disease Are Likely To…

China Launches More Than 80 Clinical Trials To Find A Cure…

A Life-Threatening Virus Can Be A Cure For Cancer