Did you have an idea that there exists a term such as Functional Foods in the world of Nutrition Science? No it doesn’t mean that the rest of the food are non-functional, the terms only implies the beneficial impact they have on health.

You might be wondering about the nature of these substances, good news for all, they are naturally derived. Stats and evidences from scientific literature prove a strong association of functional foods and nutraceuticals in curbing diabetes. Let us enlighten you about some of the beneficial properties of functional foods including nutraceuticals and the exact dietary recommendation for diabetics.

It is a known fact that diabetes is a serious lifelong condition which is marked with increased blood glucose levels which once gained cannot be reversed, for detailed information about diabetes and the types read the basic feature article on ‘Diabetes’,  However, some useful alterations in the lifestyle can add years and health in your life bucket.

Functional foods are known to provide protection against heart diseases like heart attack, strokes, atherosclerosis and hypertension but they can also be used for lessen the harmful aspects of diabetes.

Nowadays, there are hundreds of functional foods which are available in the market in a variety of flavors, shapes and formulations and the variety keeps on increasing due to their demand increasing day by day. So there health benefits can come in many ways which can be troublesome to choose as they can be found in the form of powder, drinks or even capsules and tablets.

However, the three main factors of functional foods are the chemical ingredients and nutrient source of the product and the specific disease conditions.

Medical nutrition therapy (MNT) ratifies the treatment options for serious diseases through properly nourished diet.  Similarly, for type 1 and type 2 diabetes various functional foods and nutraceuticals can help in minimizing the harmful effects of these diseases.

Different scientifically proved studies published in the best reputable Journals have been included in this article to highlight some of the major functional foods which can help in the management of type 1 and type 2 diabetes.

The US Whole Grains Council recommends consuming at least 3 servings of whole grains per day to reduce the extent of chronic diseases like diabetes by up to 21-30 %.

Whole grains are an excellent fiber source for diabetics. These contain an army of compounds that fight and alleviate the risk factors associated with diabetes.  Soluble and insoluble fibers like inulin, β-glucan and resistant starches and other bioactive compounds present in whole grains such as  the carotenoids, phytoesterogens, phytates, tocopherols and phenolic acids including ferulic acid, vanilic acid, caffeic acid, syringic acid and P-cumaric acid are the main players of this militia.

There are different mechanisms of action by which the bioactive compounds present in these grains can help diabetics. For instance these grains can regulate the glycemic response in the body, increase insulin sensitivity, improve pancreatic β-cell functions and increase insulin secretion; all of which helps in the lowering high blood glucose levels, according to a study published in the World Journal of Diabetes.

The two important compounds including insulin and β-glucan that are the main soluble and fermentable fibers present in abundance in whole grains, which not only demonstrate hypolipidemic and hypoglycemic effects but act as prebiotics in the gut by regulating the gut microbiota through stimulating the production and functioning of Bifidobacterium and lactic acid bacteria.

An interventional study published in the Journal of Nutrition analyzed the beneficial effects of rye products. In the clinical trial 12 health individuals were given products made of rye and bran for breakfast and other meals of the day; their blood glucose, serum insulin, plasma ghrelin and satiety levels were measured within 180 minutes. The results suggested that rye products induce low insulinemic responses and improved glycemic profiles in addition to showcasing the appetite regulating properties of rye products.

Similarly, a study published in the Journal of Agricultural and Food Chemistry discussed the hypoglycemic effect of a compound β-glucan present in oats. It was found that oats have a low glycemic load which makes them an excellent breakfast option. Moreover, consuming these in routine diet can significantly decrease fasting blood glucose levels and glycosylated serum protein; both of which work in the favor of diabetics.

Legumes like beans, peas, lentils and peanuts are the rich sources of dietary fiber and protein. These are considered as healthy food choices for diabetics because of the non-digestible carbohydrates, resistant starches and oligosaccharides which keep the glucose level in balance by inhibiting the digestion and absorption of carbohydrates.

Moreover, legume family is loaded with important bioactive compounds such as linoleic and α-linolenic acids-the beneficial fatty acids, isoflavones (daidzein, genistein, glycitein), saponins along with phenolic and phytic acids. Some polyphenols including pelargonidin, cyanidin, delphinidin, and malvidin are also found in legumes. These functional properties of legumes make them a good anti-diabetic choice. 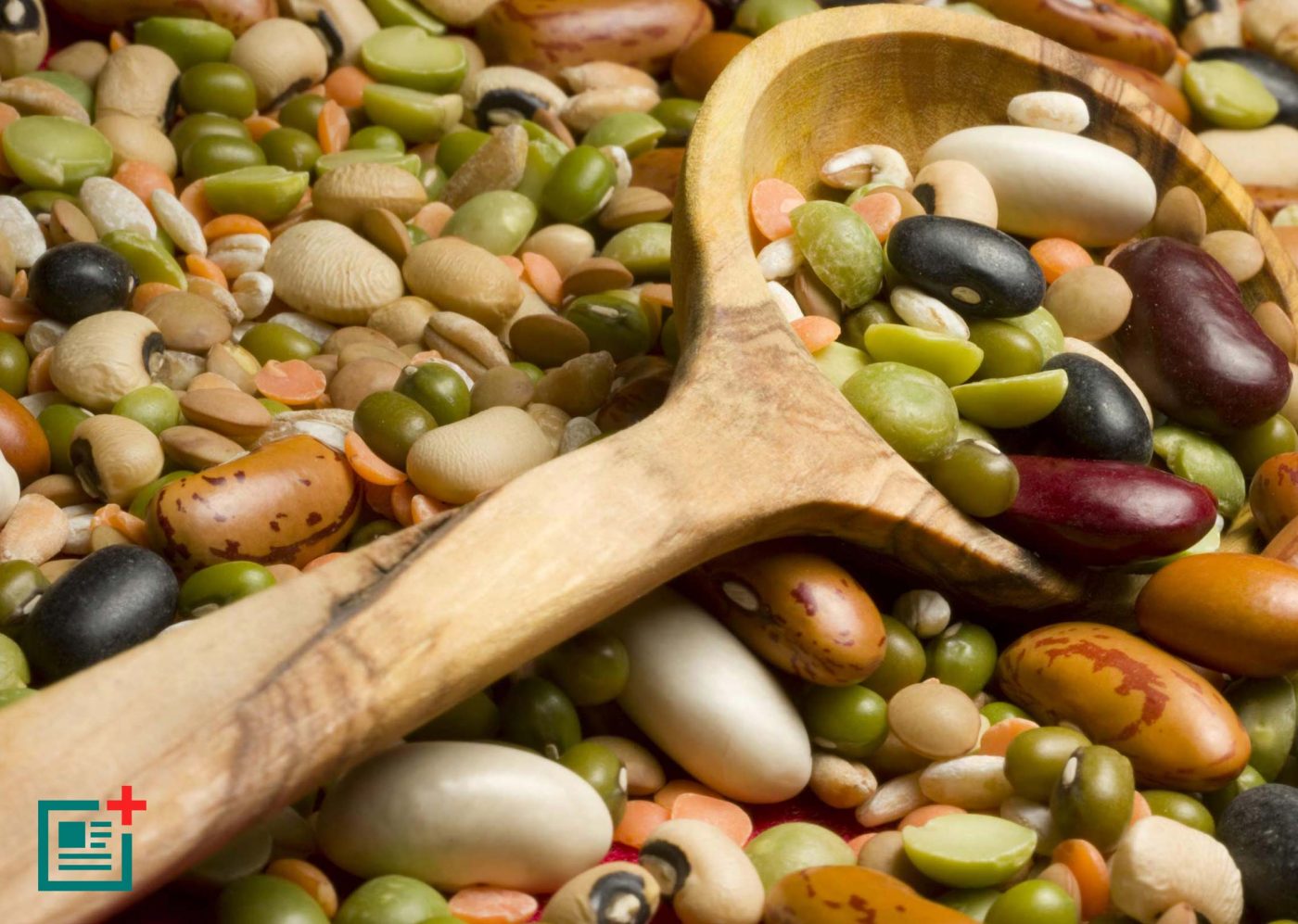 A study published in the British Journal of Nutrition highlighted the antioxidant rich capacities along with low glycemic index of mung beans that helps to fight the serious diseases including type 2 diabetes and obesity.

Garlic has been recognized as an effective anti-diabetic food for centuries. It consists of numerous functional compounds including allicin which helps in regulating blood sugar levels and reducing glucose metabolism in diabetics. 5 and 10 ml/kg of garlic extract was also found effective for preventing hyperglycemia by immobilizing stress, according to a study published in the Pharmacognosy Reviews.

A study published in the Indian Journal of Biochemistry and Biophysics (IJBB) highlighted the beneficial effect of allicin in enhancing the serum insulin by effectively combining with a compound cysteine which spares insulin from such reactions that cause insulin inactivation.

The active compound present in onion are the allyl propyl disulfide and S-methyl cysteine sulfoxide, have an anti-diabetic effect. According to a study published in the Environmental Health Insights 100 g of crude onion was found to reduce fasting blood glucose levels by 89 mg/dl in type 1 diabetics and by 40 mg/dl in type 2 diabetics. 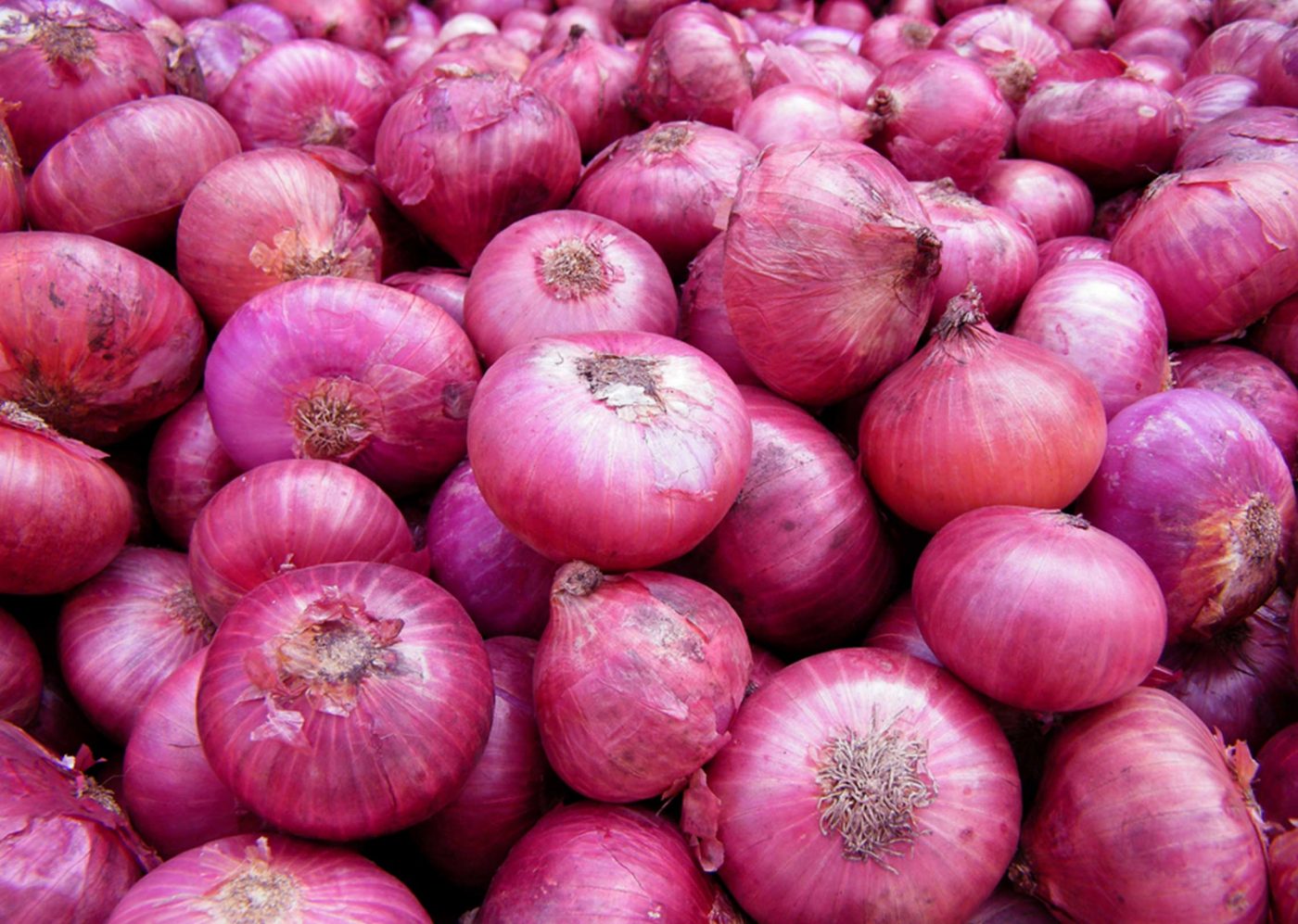 Pomegranate has been used as an anti-diabetic in China and other countries of Asian origin for many years. Ursolic acid is the active ingredient found in it. 400 mg/kg of pomegranate extract was found to have glucose lowering activity published in the Journal of Ethnopharmacology. 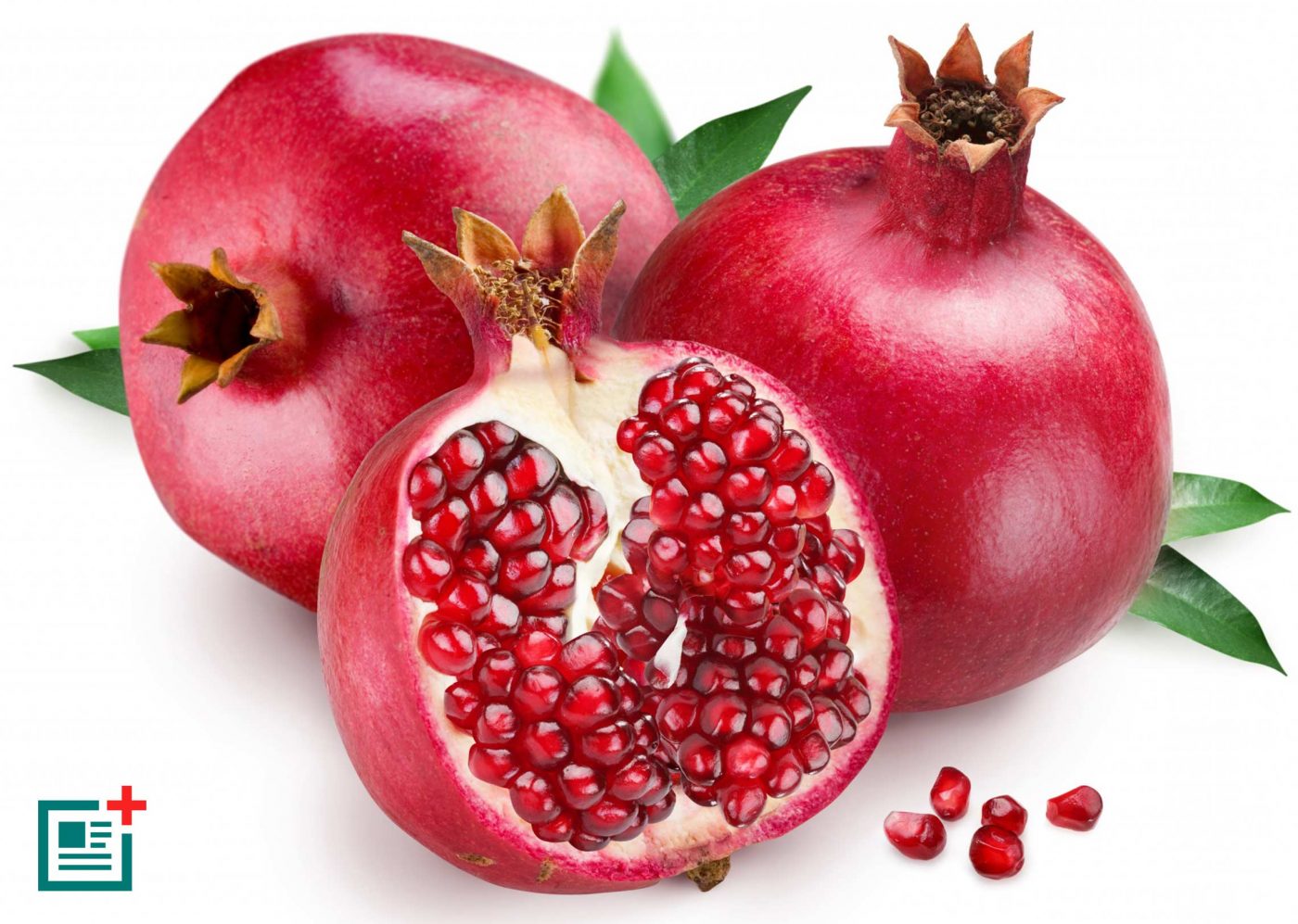 The anti-diabetic effect of bitter gourd was due to compounds such as triterpene, proteid, steroid, alkaloid, inorganic, lipid, and other phenolic compounds. Oral administration of the extract, fruit juice or seed powder of Momordica charantia commonly known as bitter gourd was found to have a significant reduction in fasting blood glucose and improved glucose tolerance in diabetics according to a study from Asian Pacific Journal of Tropical Journal. 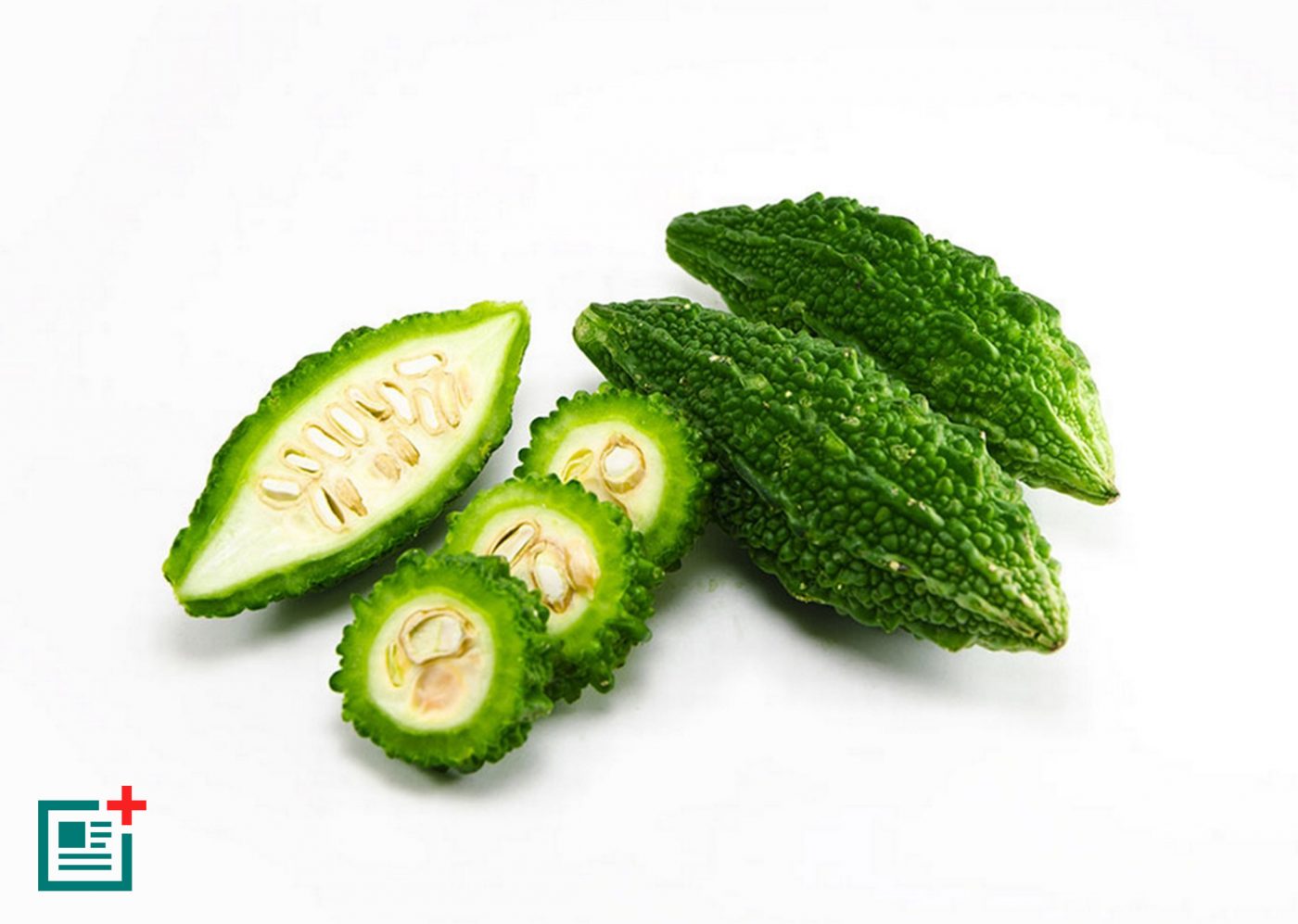 Sweet potatoes fall under the umbrella of starchy vegetables that are packed with vitamin A and fiber. Sweet potatoes have a low glycemic index which makes it suitable for diabetics. 4 g/day sweet potato for three to five months reported a hypoglycemic role of sweet potatoes according to Cochrane Database of Systematic Reviews.

A recent study published in the Journal of Diabetes & Metabolic Disorders checked the effectiveness of fenugreek in the form of powder, 5 g twice a day before meals for 3 years in pre-diabetic individuals. it was found that 10 g Fenugreek per day in pre-diabetics led to lower conversion to diabetes with no adverse effects due to its decreased insulin resistance.

Commonly found nuts such as almonds, pistachios, walnuts and hazelnuts are known to have bioactive peptides, mono and poly unsaturated fatty acids), fiber, phytosterols, polyphenols, tocopherols and other antioxidant vitamins which are known to have beneficial effects on postprandial glycemic response and improve insulin resistance in type 2 Diabetic patients according to a study from the Journal of Nutrition. 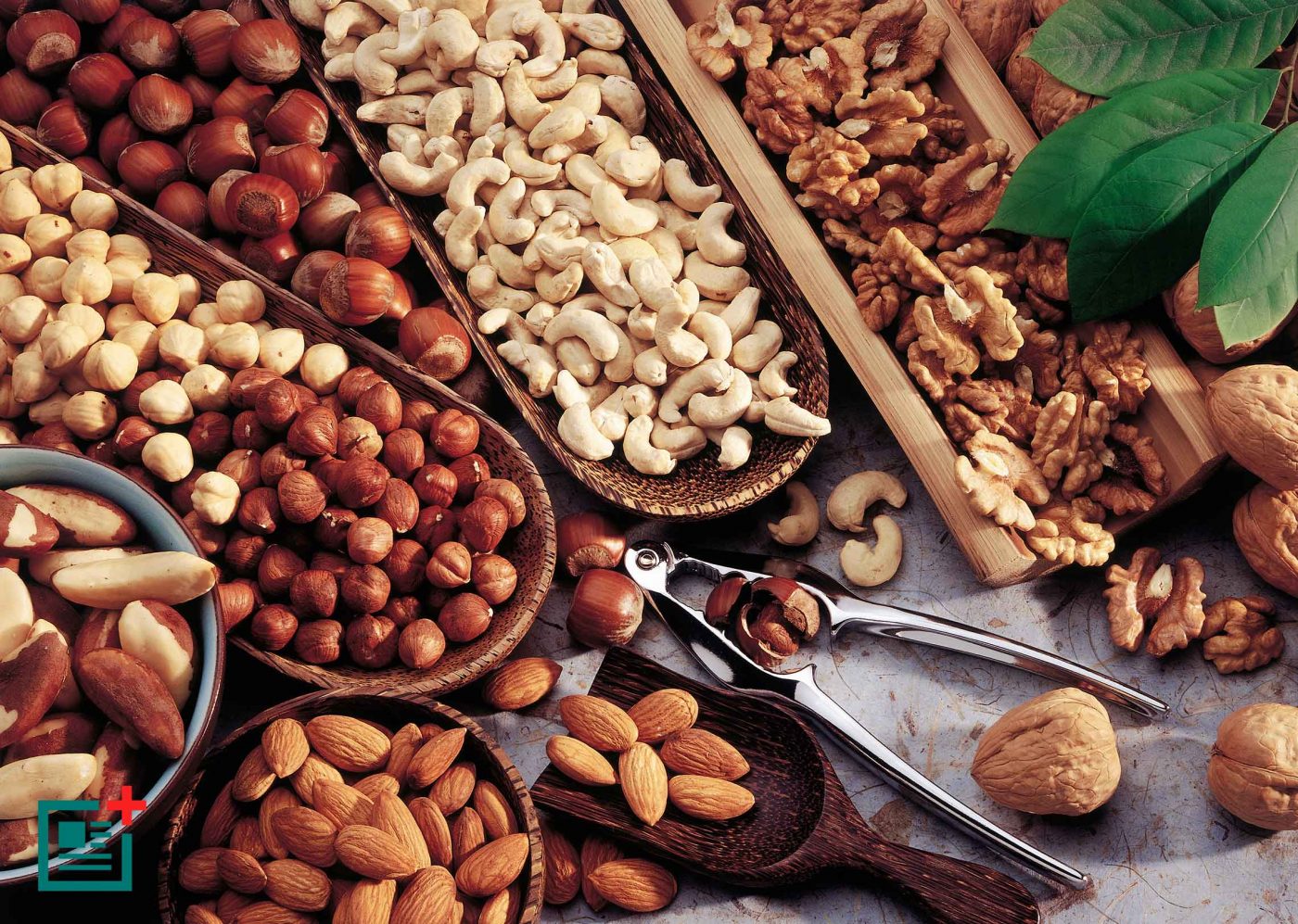 Read the detailed feature on ‘nut consumption’ to know more about nuts.

USDA  found that the bioactive compounds present in the Cinnamon, known as the Type-A Polymers,  can  improve the effect of insulin on blood sugar. 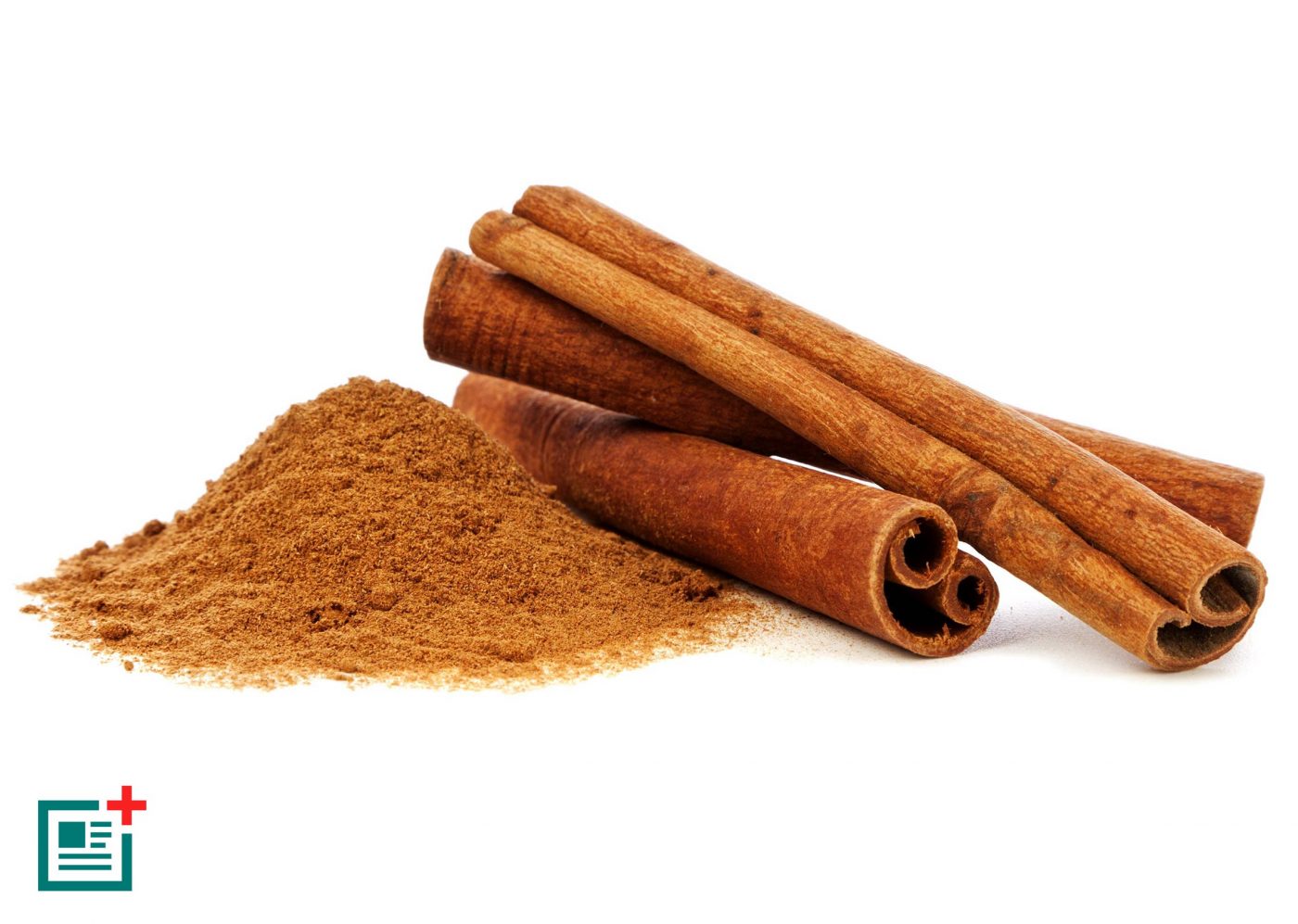 A meta-analysis published in The Annals of Family Medicine revealed that 120 mg per day to 6 g per day of cinnamon for 18 weeks gave positive results in type 2 diabetic subjects and significantly reduced levels of fasting plasma glucose.

The positive role of cinnamon in increasing insulin sensitivity and glucose transport in diabetics was also validated by the findings from Journal of Diabetes Science And Technology.

Shahzadi Seher Sohail is a professional nutritionist with a zeal for writing and loves to explore innovations in the health care sector by reviewing cutting-edge research and latest public policies about well-being. After graduating in biotechnology she decided to focus on the root causes of chronic diseases. In addition to being a devoted TEDx enthusiast, Seher is also an avid book reader and traveler.

Do You Know Female Sex Hormone Can Protect Against Influenza?

‘Oxford Classic’ As the New Method for Subtyping Ovarian…