he internal workings of the human body are not considered extremely complex without any reason. Take hormones for instance. Hormones belong to special class of chemical messengers that are secreted directly into the blood by endocrine system, which is responsible for releasing those same hormones into the blood.

Upon receiving an activation signal, the endocrine system transports the hormones to specific organs and tissues for execution of bodily functions such as growth, development, metabolism, homeostasis (the internal balance of body systems), stimuli response and reproduction. Ideally, a balanced diet should consist of proportionate quantities of all macronutrients including carbohydrates, proteins, fats as well as micronutrients.

However unpredictable plasma concentrations from these nutrients can affect hormonal secretions and harm the smooth functioning of the body.

Menopause is a condition marked with the end of normal menstrual cycle. The World Health Organization (WHO) defines natural menopause as at least 12 consecutive months of amenorrhea, not due to surgery or any other cause.

During this phase, a balanced, healthy diet is vital for bodily activities such as correction of circadian rhythms. Particular items such as dairy and leguminous foods contain hormones which can have a considerable impact on menopausal timings of the female body.

While the mean age for menopause is 50-52 years in western countries, a minority of women experience it at the age of 40 due to various physiological, emotional or socio-economic reasons.

Usually menopause concludes the reproductive life of a lady on a happy note but for some females it occurs much earlier, eliminating any chance of conceiving children. Symptoms of menopause include hot flashes, depression, anxiety, irritability, pain in joints, disrupted sleep and irregular or heavy periods.

One of the many reasons for premature menopause is premature ovarian failure (POF) – a condition which causes the ovaries to stop functioning, thus halting the production of eggs. This happens due to the absence or improper functioning of the follicle-stimulating hormone (FSH) and the estrogen hormone.

The majority of women develop POF in their 30s with the exception of a few, who may experience it in their 20s or even in their teenage years. Unlike menopause which once achieved cannot be reversed naturally, POF can be periodic or recurring. Additionally, early menopause leads to increased risk of both osteoporosis and heart diseases.

However, early menopause can be avoided with the help of proper diets, healthy lifestyles, and behavioral modifications. For example, reduced bone health caused by POF can be avoided by incorporating calcium-rich foods in the female’s diet.

Yet in some cases, simple physical modifications to one’s lifestyle are not enough. For example, the estrogen hormone plays a very critical role in regulating the major systems of the body, since the signals for estrogen secretion are produced by the hypothalamus which is located in the brain. Therefore, any excessive mental stress levels can bring about a hormonal imbalance in the body, which may lead to further problems. 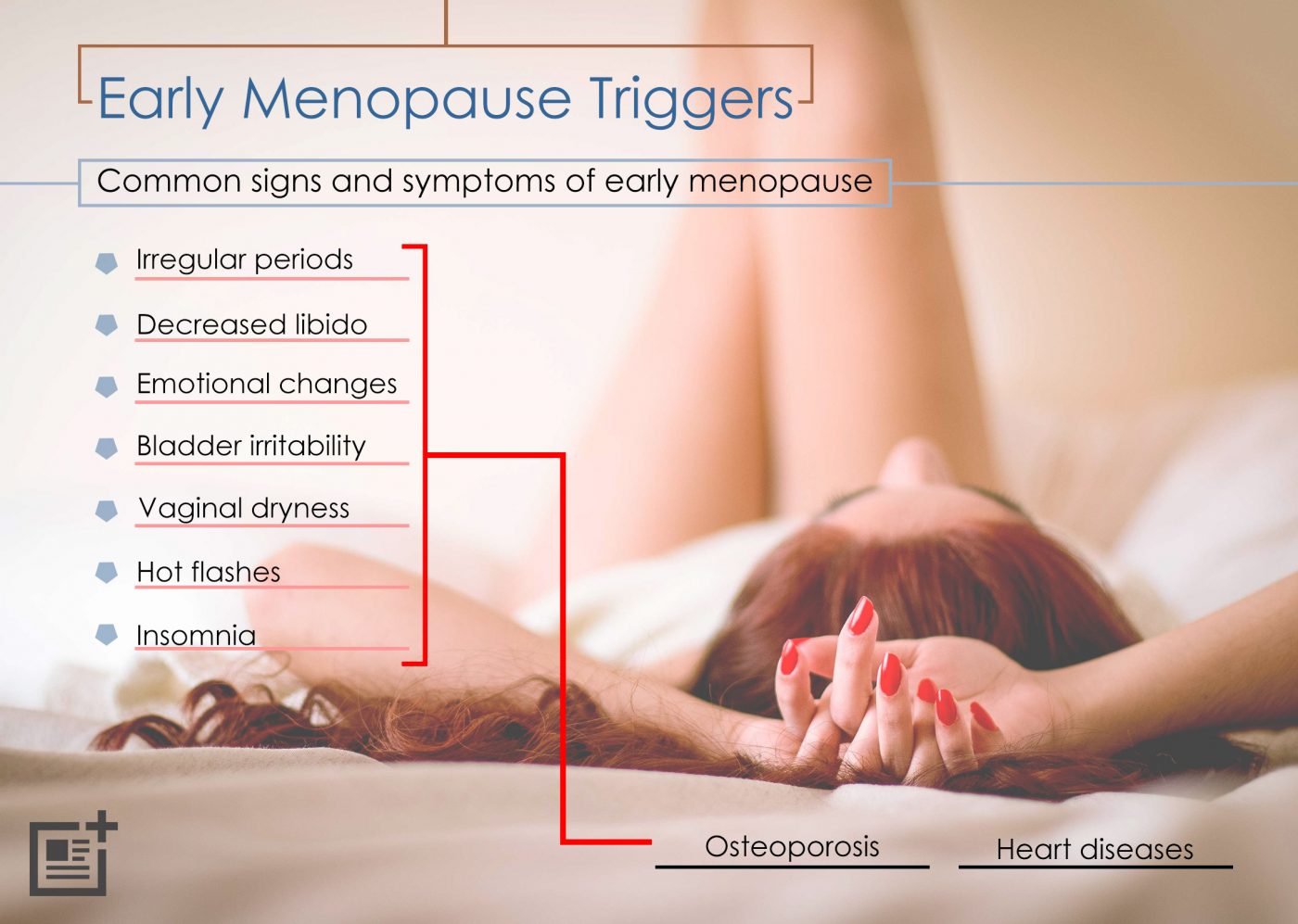 The female reproductive hormone, estrogen, is chiefly produced in the ovaries, fat cells and adrenal glands. The estrogen levels in blood greatly affect various activities of the reproductive system including development of secondary sex characters and regulation of menstrual cycles.

Since deficiency of estrogen in body leads to menopause, hormone replacement therapy and other drugs are being used as effective tools for treatment or for delaying the menopausal age. However, the use of estrogen based drugs also poses harmful risks to health such as hyperplasia or carcinoma. Therefore, using natural alternatives like nutraceuticals (food products with functional qualities) and phytoestrogen rich foods is a much safer approach.

Other treatments such as estrogen replacement therapy (ERT) were dismissed by (NIH) during a trial, due to a 39% increased risk of stroke in postmenopausal women aged 50–59. Similarly, research findings have suggested that delayed menopause has been positively linked with the increased chances of breast, endometrial, and ovarian cancers due to raised estrogen levels. Consequently, use of medicated estrogens associated with cancer risks should be avoided as naturally present phytoestrogens provide a much safer approaches for averting harmful risks of menopause.

Nature provides various treatment options to manage the hormonal imbalances. Phytoestrogens is one such naturally occurring plant-based substance which works in the same way as the natural estrogen hormone. These substances ensure smooth functioning of the hormone by binding with estrogen receptors.

As far as risk of use is concerned, phytoestrogens have been confirmed as safe by a research study stating the pros and cons of the plant estrogens.

Classification Of Phytoestrogens On The Basis Of Dietary Sources

A research work published in The Journal of Steroid Biochemistry and Molecular Biology pointed out the beneficial contribution of consuming soy-rich isoflavones leading to the lessening of symptoms associated with menopause, which include reduction in vaginal atrophy and improvements in sleep and cognitive functions of the brain. The study also encouraged the use of phytoestrogenic foods as a safe alternative to hormone therapy due to absence of clotting risks in postmenopausal women.

The external sources of natural estrogen-containing substances have been authenticated by a research published in a well reputed PMC journal.

This type of natural estrogen can be obtained from the legume family, e.g. soybeans, pulses, red clover and soy products. The list of bioactive compounds present in isoflavones that are responsible for balancing hormonal levels includes genistein, daidzein, biochanin A and formonetin. 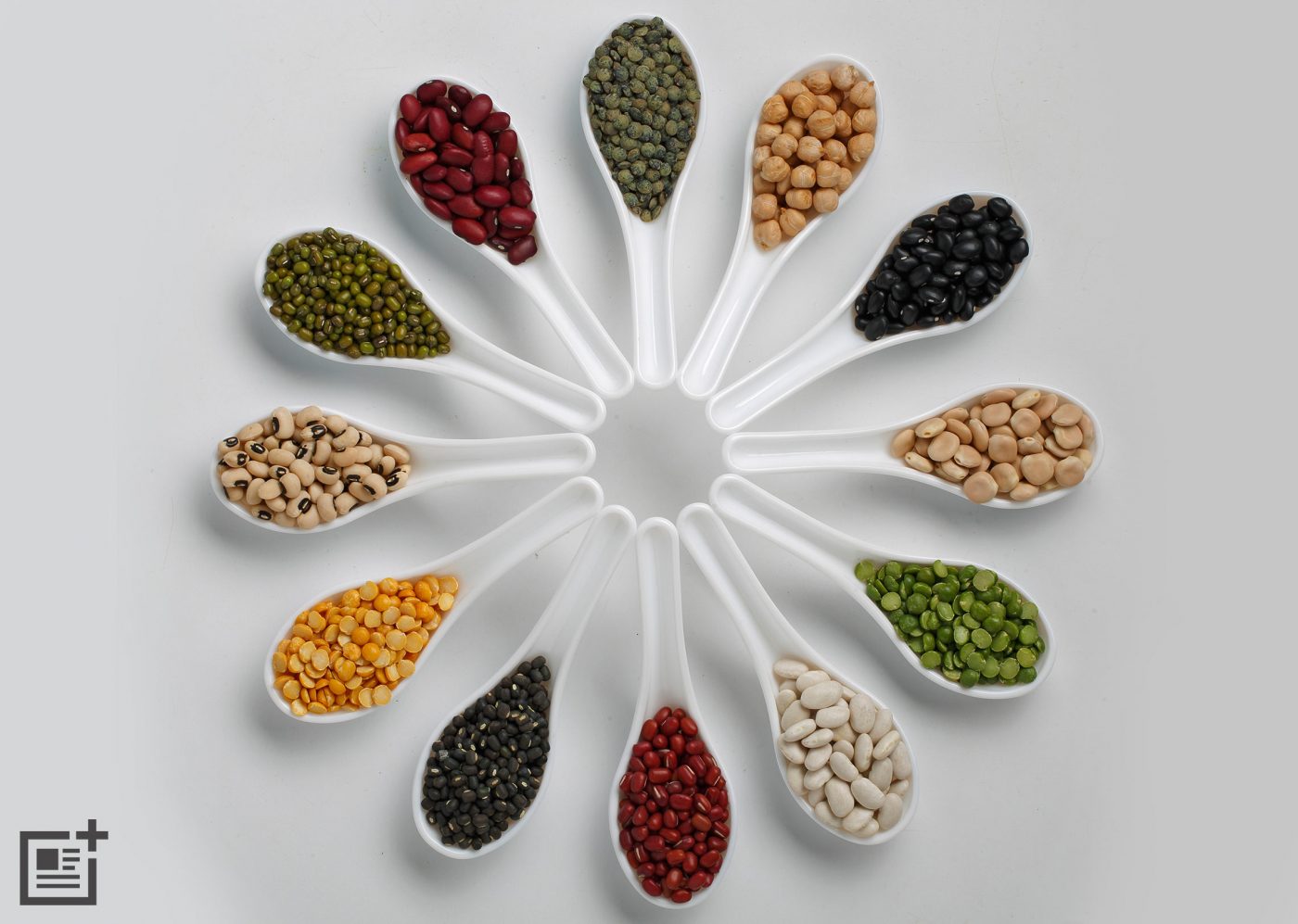 High fiber foods such as cereal, brans, beans, flax and sesame seeds all contain high amounts of lignans. Other food sources such as broccoli, cabbage, apricots and strawberries are also rich in lignans. 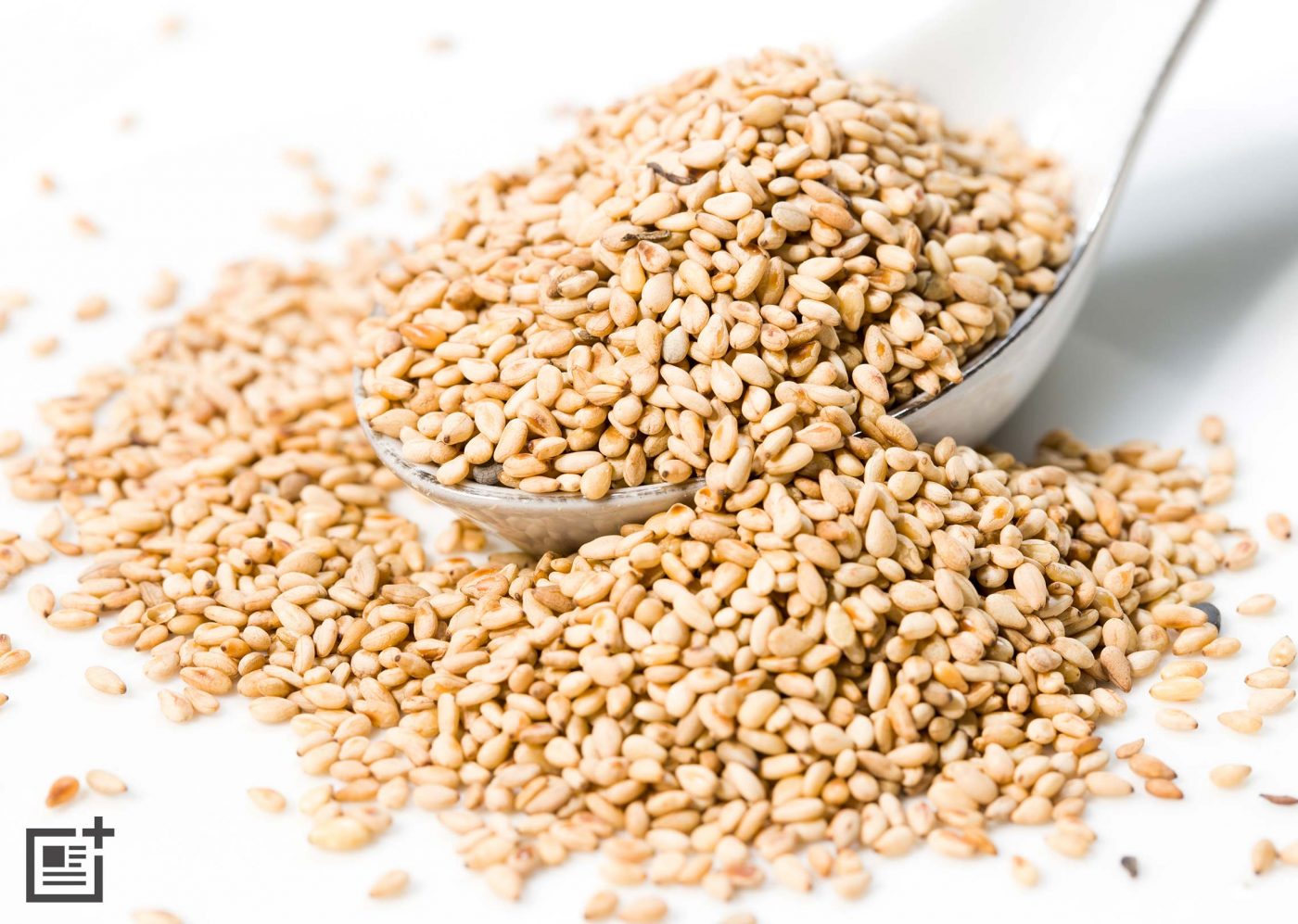 Coumestan based plant estrogens are present in abundance in beans such as split peas, pinto beans and lima beans. Similarly, alfalfa and clover sprouts also contain high amounts of coumestans. 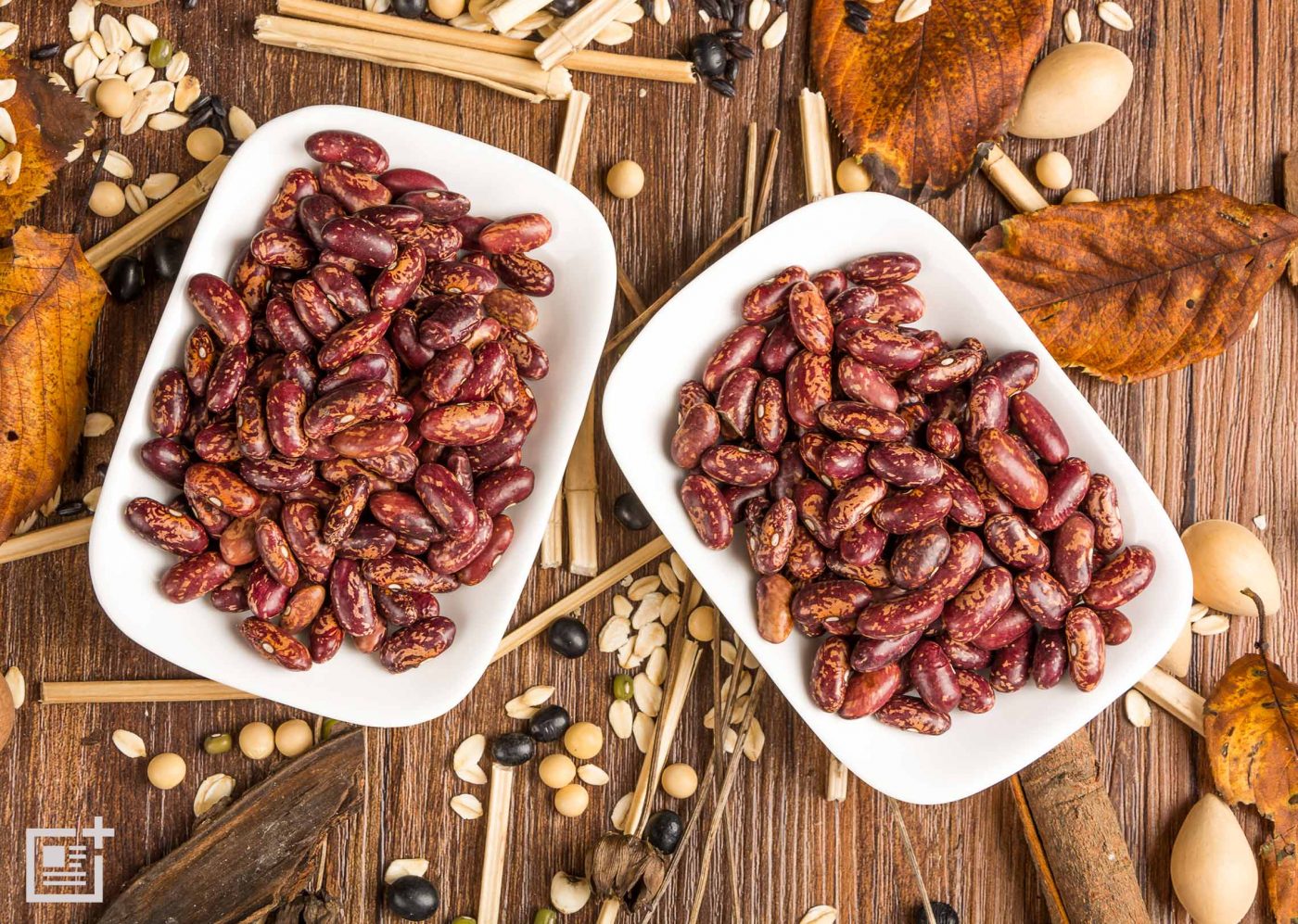 According to a trial published in the Journal of Reproduction and Infertility, fenugreek extract given for the first 3 days of cycle lowered the severity of the symptoms of dysmenorrhea among premenopausal females.  However, you must take it with the advice of your health care provider.

A controlled human trial which lasted for 8 weeks demonstrated lower incidences of hot flashes and other menopausal symptoms, which were previously associated with dietary consumption of soybean protein and  isoflavones in postmenopausal women.

Other soybean variations such as fermented soybeans, fresh soybeans, tofu, soy milk, roasted soybeans, and dry spiced tofu also consist of more than 90% of the total phytoestrogen and isoflavone intakes of the Japanese diet.

Tofu is another curd obtained from soymilk and is a rich source of phytoestrogens containing 20 mg of isoflavones or 27,150.1 mcg of phytoestrogens per 100 g, in 3 ounces of tofu. However, you must take it with the advice of your health care provider.

Epidemiological studies have shown lower incidences of breast and cervical cancers in China and Japan due to high soy based diets as compared to major Western countries.  It was observed that 80% of European women experienced hot flashes during menopause in comparison with Chinese women being 18%.

However, soy products should be taken upon consultation with your health care provider.

Females who reach the post-menopausal stages prematurely after the age of 40 cannot reproduce by natural means, thus, strategies such as in vitro fertilization (IVF) are most often used, allowing the artificial induction of fertilization outside the body, in a laboratory setting.

Although IVF has been appreciated by masses due to facilitation of the fertilization process, some people have objected to the use of IVF for ethical reasons. The process of conceiving by the selection of the most potent eggs and use of donated eggs for females with infertility has ruffled more than a few feathers among the general populace.

An alternate strategy proposed is to increase chances of pregnancy among women aged 40 and over, is to use estrogenic nutraceuticals to delay the menopausal age.

Lifestyle modifications such as incorporating phytoestrogen-rich foods in diets along with proper physical exercise can reduce the severity levels of onset of menopause in women. Even females who have already reached the post-menopausal stage in their lives can seek benefit from the healthy properties of phytoestrogenic foods.

Adding phytoestrogenic foods in small quantities to a female’s diet can not only lead to an improvement among symptoms associated with menopause but can potentially delay early onset of menopause in females to a large extent by mimicking the natural estrogenic function.

Moreover, a correlation between diet and menopausal age points towards the importance of the role of consuming fruits and proteins in delaying menopause age. The same correlation can be interpreted to state that a diet rich in high polyunsaturated fat intake will accelerate the premature menopause.

Life style modifications demand a balanced dietary intake and usage of natural herbs and plants for inducing hormone balancing effects.  Furthermore, techniques such as yoga and acupuncture have been credited towards increasing the quality of life of pre and post-menopausal women by reducing the amount of stress they experience. As far as smoking is concerned, it should be completely avoided for fear of increasing the chances of pregnancy in older ages.

However, research studies suggest consumption of phytoestrogen based products with caution as increased estrogen levels have been positively linked with the increased incidences of breast cancers. Despite their usefulness, the portion control of phytoestrogenic nutraceuticals is still a challenge as these substances have not been approved by the FDA for regular consumption. Nonetheless, various quantities of phytoestrogenic foods have reported beneficial effects in clinical trials. Therefore, there is a need for further trials that can provide better information on dose, duration and potential negative effects of high intake of phytoestrogenic food.

In conclusion, over the past few years, research studies carried out on effectiveness of phytoestrogens for female hormonal conditions support the notion that the intensity and severity of menopause can be reduced to a satisfactory level. Be that as it may, correct dosages should still be determined to minimize the chances of contracting diseases that are associated with the high levels of estrogen hormone in the female population.

Fatima Tariq is a nutritionist who loves to write about medical and nutrition topics, with an expertise on Functional Foods and Nutraceuticals and their role in healthcare. She graduated as a biotechnologist. She is a foodie,  adrenaline seeker and tries to live life according to the balancing principle of Yin Yang.

RNA Biosignature Analysis Is The Future Of Infant Infection Diagnosis

Social Media Can Provide Emotional Support to Women with…

Study Shows Men are interested to Know Their Genetic Risk of…

The Coix seeds– a holistic alternative to chemotherapy and…

Premature Babies at Higher Risk of Heart Problems in Teenage