Do you know that despite being remarkably common, allergy tests for food allergies are not very effective? They may as well be a fad, according to a new study by Australian researchers.

Food allergies are caused by interactions between a food allergen and antibodies inside the human body known as IgE (immunoglobulin E)! The eight foods which are behind a majority of allergic reactions are Peanut, Tree nuts, Milk, Egg, Wheat, Soy, Fish and Shellfish. But how does one know they have a food allergy?

To determine whether a certain food is in-fact responsible for the allergic reaction there are numerous diagnostic tests that try to underline the culprit.

The very first step of diagnosing a food allergy is to consult a medical health care practitioner and provide them your medical history, consisting of food frequency information along with usual symptoms. The physician may then even perform a physical exam to see if the symptoms are indeed a result of food ingestion. Then an allergist is consulted who will perform specified diagnostic tests for the evaluation of the allergy.

Allergy diagnostic tests include; Skin prick test, Blood test, Oral food challenge and Trial elimination diet. The skin prick test (SPT) measures the presence of IgE in blood for a food allergen, while a blood test is performed for a more accurate diagnosis. If both these tests don’t give any results then the Oral food challenge test is applied, in which a person eats a suspected food allergen in the presence of a physician to check if an allergic reaction occurs. The food elimination test is the opposite of the oral food challenge as the allergist asks a person to systematically eliminate foods from their diet to see if the symptoms disappear or still remain. 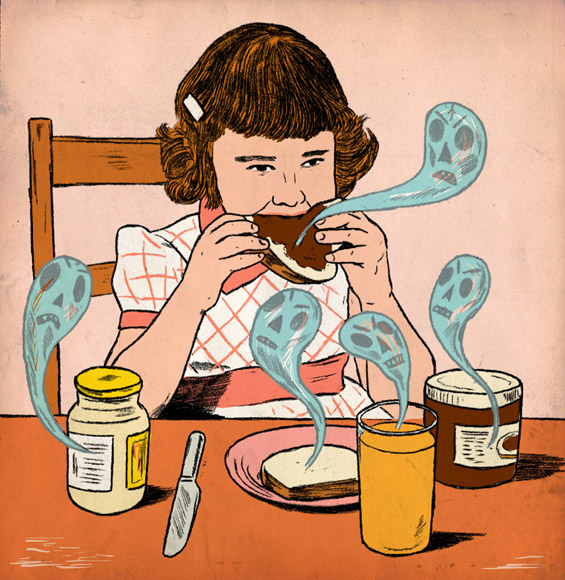 Let us take a look at Eosinophilic oesophagitis (EoE), a chronic disease in which the esophagus develops inflammation as a result of food allergies. EoE occurs when the white blood cells; eosinophils, collect in the esophagus and promote inflammation. Data for the diagnosis and treatment of EoE is limited and even controversial. Recently a study was carried out at Monash University, Melbourne, Vic., Australia to determine if food allergy tests could predict the triggers associated with EoE in adults from the Southern Hemisphere in Australia.

Dr Sidra Siyal is currently completing her specialization in radiology. She is a published author in her field and currently working on yet another paper.

How Real Is Early Exposure To Food Allergens Strategy?

3D Printed Nasal Swabs as Effective as Commercial Swabs for…

Johnson & Johnson Coronavirus Vaccine Will be Tested in…

Diabetic Children May Suffer from Compromised Memory and IQ

A “Silent Wave” Of Neurological Consequences of COVID-19 Is…